With Kiwis taking to the ocean more and more for their holidays, the trend towards Scandinavian cruises is gaining popularity.

With Kiwis taking to the ocean more and more for their holidays, the trend towards Scandinavian cruises is gaining popularity. Once we’ve ticked the classic experiences off like the Mediterranean, Alaska, Pacific Islands and maybe even a river cruise, we want to explore the next frontier.

The Northern Lights and excursions to see polar bears are the next big thing and there are several cruise lines offering stunning itineraries to this heady part of the world. Of course seeing the astonishing aurora borealis means long dark nights following in the wake of the Vikings between November and March, but the ethereal green lights of an Arctic Circle night more than make up for it!

Delve into the Nordic culture that provides an alluring backdrop to days spent admiring fjords and architecture, walking over history and sampling local flavours.

In autumn Sweden, Denmark, Finland and Norway offer a kaleidoscope of colour as the fiery foliage decorates hillsides in scenes that wouldn’t look real in a painting.

The fjords of Norway are punctuated with cascading waterfalls bouncing like ribbons down verdant mountainsides which you’ll see from your ship, but the more intrepid can get amongst them by hiking or kayaking. You’ll see glaciers, learn about the Vikings and hear tales of the region’s royalty.

Art, museum and history lovers will be infatuated by a Scandinavian cruise following in the footsteps of rulers and artists. Visit castles, cathedrals and fortresses and take photos of heritage sites right in city centres. Take a shore excursion with a local guide to immerse yourself into the life of a city. 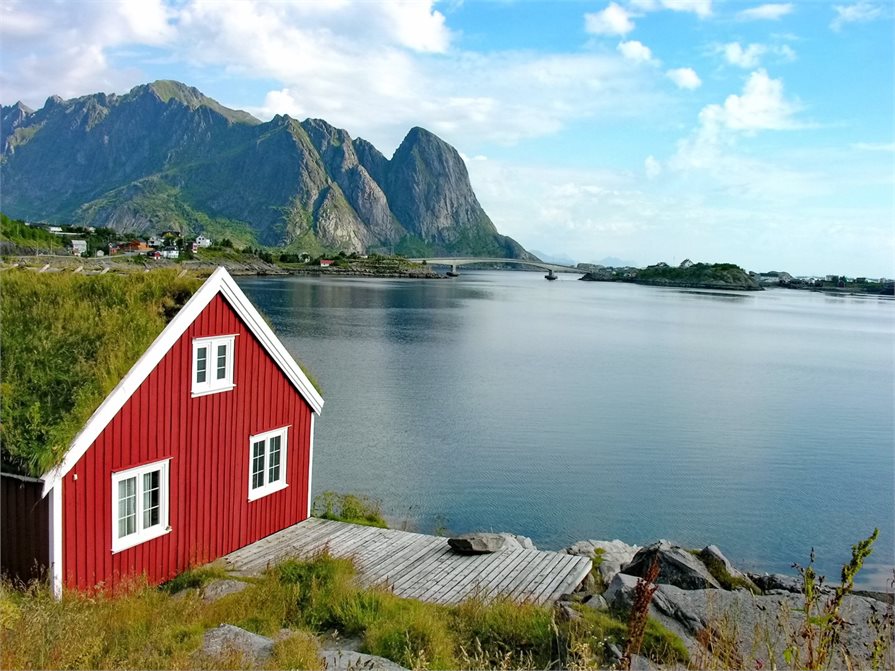 The long days of summer and even longer twilight hours make the perfect excuse for outdoor events with open-air festivities across the region.

Most Baltic cruises will spend a couple of days in beautiful St Petersburg with the advantage of not going through the hassle of needing a visa, but still able to explore this cultural centre of Russia.

If you can drag yourself away from Nevsky Prospekt, the five-kilometre cultural heart of the city with its cafes, bars and restaurants, you’ll want to step into the Church on the Blood, built on the spot where Alexander II was assassinated in 1881. Its classic Russian tops were deliberately designed to make an architectural mark in a city that was seen to be turning too western. But it fell into ruins for many decades, finally reopening in 1997 adorned with extravagant mosaics, many linking the crucifixion with Alexander’s murder.

A day will not be long enough to get lost in the Hermitage’s art collection and gaze at the works of Leonardo da Vinci, Rembrandt and Picasso. It’s been said it would take 11 years to take in every piece on display. If you are staying overnight, get tickets for the ballet or opera at the Mariinsky Theatre where greats like Tchaikovsky and Nureyev have performed, and browse through the fourth largest cathedral in the world, St Isaac’s Cathedral, one of the great landmarks of St Petersburg with its pure gold plated dome. If you’re feeling energetic, climb the 300 steps to the gilded viewing platform for sweeping views over the city.

Copenhagen is known for its bright buildings jostling for space along the canals and waterways where a bike ride will blow the cobwebs away before ending with a beer on a long summer’s day. Bask in the Tivoli Gardens and take a photo of the Little Mermaid statue built to honour Hans Christian Andersen 100 years ago.

Stockholm covers 14 islands so spending a day hopping around them on a sightseeing cruise is great way to fill your senses with what its like to be Swedish. Visit the Nobel Museum in the Old Town, pop into local cafes and hunt out souvenirs like a rare book from the dealers in town.

In Oslo you can wander along the waterfront for a drink or to taste the local delicacies in cafes and restaurants as street musicians entertain you and the shops beckon. You might like to visit the Nobel Peace Centre or the Munch Museum celebrating expressionist artist Edvard Munch’s work, but note; for a cheeky selfie in front of the famous painting The Scream, you’ll need to visit the National Gallery.

Gaze at the gothic, baroque classic and art nouveau architecture of Latvia’s Riga where the old town is a UNESCO world heritage site where old meets new as upmarket retailers make their home in restored WWII-bombed buildings.

Ride a cable car up a mountain for a 360 degree panorama view. Hear tales of tragedy and triumph, of murder and mayhem, of history being shaped to be shared for generations to come.

The most popular time of year is May to September, with June and July being the peak summer season when the white nights of the Arctic Circle mean the sky barely gets dark. But Octoberfest and the northern lights of winter are fun and fascinating times to venture this far north as Scandinavia fast becomes a leading destination for cruise lovers.

Each country uses a different currency: Swedish krona, Danish kroner, Norwegian krone, and the Russian ruble, not to mention the euro in Germany and Finland. Euros are accepted everywhere but you’ll be given change in the local currency.

Pack good walking shoes and layers as the weather might be chilly and the streets are more cobblestones than asphalt.