Paul & Sue Robinson, co-owners of helloworld Travel Whitianga, Rolleston, Whanganui and Blenheim, recently explored the Anzac involvement in Vietnam and the incredible beauty and culture of this vibrant country.

While New Zealand's involvement in the Vietnam War was highly controversial, more than 3,000 New Zealand soldiers served in "The American war", as the Vietnamese call it, which spanned over 17 years. My wife Sue and I had a personal interest in taking a Vietnam Past & Present Tour with Mat McLachlan Battlefield Tours – a preferred supplier to the helloworld Travel network – as Sue's father had served in the region and was attached to an Australian Infantry Unit for several years. It was a unique opportunity to experience the diversity of the people and culture of Vietnam and to learn about the turbulent past.

Our first impression of Saigon (Ho Chi Minh City) was of a vibrant city of nine million people and five million motor scooters – fun and crazy, but it somehow works! We found we were in a country that seems to drink only coffee and beer, which is cheaper than buying water, and we soon discovered that the local markets in Saigon and Hoi An are excellent places to buy good-quality but super cheap clothes. 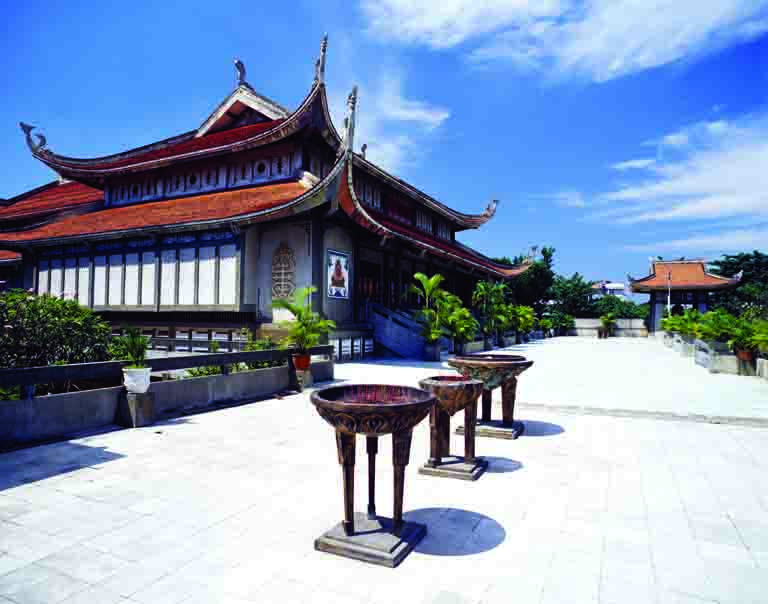 We began our tour in Saigon with a special welcome dinner in the former residence of the US Ambassador to Southern Vietnam, Mr Henry Cabot Lodge. We gained an insider’s perspective on this historic home which had hosted senior US officials such as Robert McNamara when they were planning offensive countermeasures against the North.

'Our first impression of Saigon (Ho Chi Minh City) was of a vibrant city of nine million people and five million motor scooters – fun and crazy, but it somehow works!'

The next day we explored the Cu Chi tunnels, a network of over 100 km of tunnels built by the Viet Cong during the war. Our Historian led us to an area away from the main tourist spot and we gained a deep respect for the builders of the immense web of multilevel tunnels that were used to house troops, transport communications and supplies, lay booby traps and mount surprise attacks, after which the Viet Cong could disappear underground to safety.

To combat these guerrilla tactics, U.S. and South Vietnamese forces trained soldiers known as “tunnel rats” to navigate the tunnels and detect booby traps and the presence of enemy troops. The Cu Chi Tunnels were largely cleared by tanks and B-52 bombers but the North Vietnamese slipped back in. In 1968, the tunnels were the key area of the launch into Saigon for the Tet Offensive. Horrifically, over 45,000 Vietnamese were killed in the area during the war, a true reminder of the harshness of war. 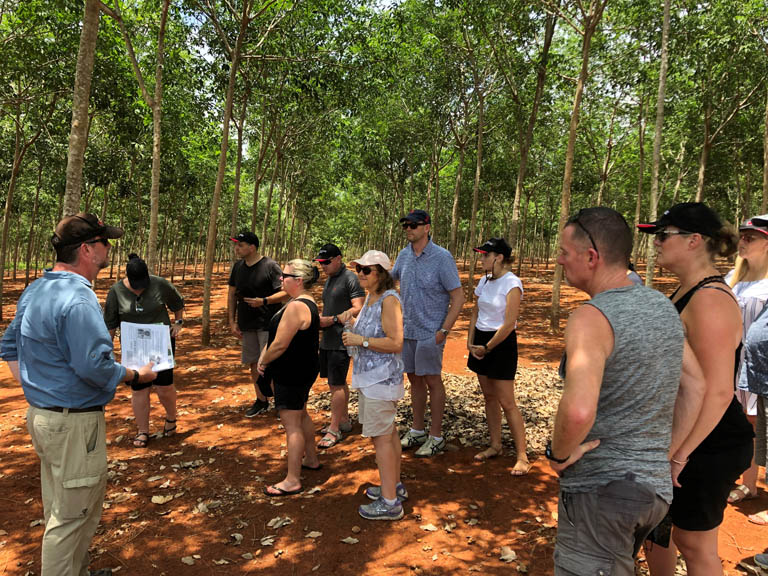 Over the next days we ventured to the main base for Anzac Troops at Nui Dat and visited the area of Long Tan where New Zealand and Australian soldiers, with just a little over 100 troops and support from New Zealand artillery, somehow managed to hold off an advancing force of over 2,500. It was an unfathomable experience to stand on the ground where this action took place. The battle of Long Tan has become a legendary story of survival against the odds (and now a soon-to-be-released movie called Danger Close) and a further testament to the determination and character of the Anzacs. As part of this moving experience, we visited the Long Tan Cross, a ceremonial site dedicated to Anzac troops and one of only a few such memorials in Vietnam, where the Last Post was played.

The full 12-day Vietnam Past & Present Tour takes you across the entire country, including Saigon, the Cu Chi Tunnels, Vung Tau, Minh Dam, Binh Ba, the former imperial capital of Hue, Hoi An, Da Nang and Hanoi. The name of the tour is very apt as the itinerary includes a mix of general sightseeing, culinary adventures (I ate frog and it tasted better than the chicken!), as well as wartime history. It is definitely a tour I would recommend for those wanting a diverse experience of the country. It perfectly complements a Mekong river cruise, and offers an optional extension to include a night in famous Ha Long Bay.

While the Vietnam War remains raw for some, others who have returned there have gained peace from their experience, including Mat McLachlan Battlefield Tours’ Vietnam Historian, Gary McKay. A Vietnam veteran and platoon leader who was awarded the Military Cross for his bravery, Gary has led many Australian Vietnam veterans, as well as their families, back to the Vietnam battlefields. For Sue and me, it was an honour to follow in the footsteps of Sue’s father.

From Vietnam to the Western Front, to Gallipoli and all across the South Pacific, Mat McLachlan Battlefield Tours conducts tours with the unique advantage of having historians leading them. The historians can undertake an in-depth check of the military background of family members who served in the area you are visiting, and we were privileged to be shown the actual locations of Sue’s father’s base and his areas of conflict. It provides a very personal focus and is an impressive facet of the Mat McLachlan Battlefield Tours product. 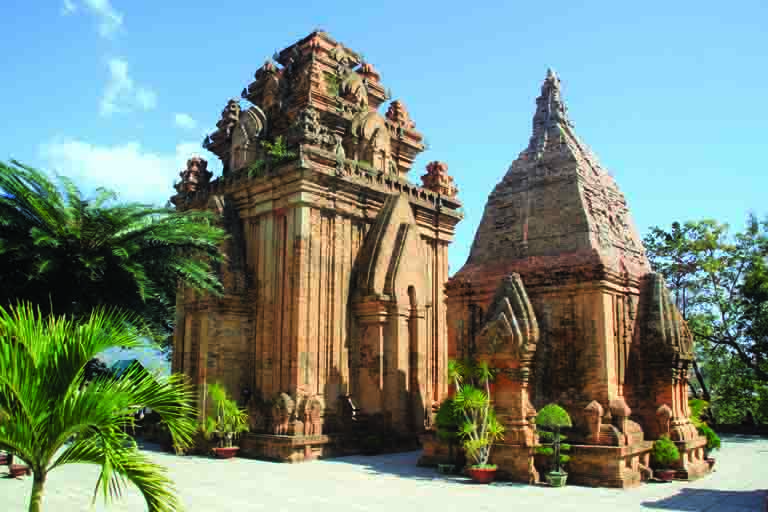 The controversy of the Vietnam War was the topic of many a song of disapproval from global artists such as The Rolling Stones, Jimi Hendrix, Bob Dylan, and Jimmy Barnes, with perhaps The Animals' We Gotta Get out of This Place being most well-recognised. Yes, it is a solemn subject in some respects, but it is also enlightening to see a country that is pushing hard for prosperity, and eye-opening to learn about the challenges that were faced by the Anzacs in Vietnam in extreme conditions both on and under the ground. It is difficult to fathom the harshness that this war created, but the beauty of the country, its people and the progress they are making will see us returning very soon. Vietnam needs to be seen to be appreciated.