Inside Passage - Get Cruising 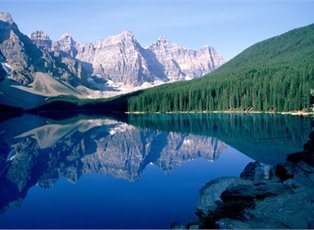 Celebrity Millennium   (More about the ship)

Valid for sales from 10 Feb until 28 Feb 2020. Valid for travel commenced and completed within the period 12 Apr 2020 to 6 Feb 2021 (unless otherwise specified).*Fares are per person, twin share in NZD, based on the best available fares, inclusive of all discounts, taxes, & gratuities (which are subject to change). This excludes gratuities or service charges for any purchases guest may make on board - including but not limited to beverages, specialty restaurants, spa services etc. Other stateroom categories may be available at a surcharge. A non-refundable cruise deposit is due within 3 days of booking. Full payment for all cruises is due 75 days prior to departure. CLASSIC BEVERAGE PACKAGE: is valued from US$55 per person per day plus server gratuities) includes drinks up to US$9 per serving including beer, wine by the glass, spirits, cocktails, soda, fresh & bottled juices, premium coffees and teas & non-premium bottled water. ONBOARD CREDIT: is per stateroom in currency as specified & is applied to the first 2 passengers only. Credit is non-refundable, non-transferable & not redeemable for cash & cannot be used at the medical centre or casino. UNLIMITED WI-FI: one device per person. Guests will receive instructions for internet access in their staterooms on the first day of the cruise. Further terms & conditions apply. Prices/offers are correct at time of publication (19 Dec 2019) & are subject to change or may be withdrawn without prior notice. Best of Mediterranean pricing is based on a guarantee basis and will be assigned at the discretion of Celebrity Cruises closer to departure. Prices shown are based on per person costs in New Zealand Dollars, for payment by cash, cheque or eftpos only. Credit card sales not permitted unless Travel Agent acts as a merchant. Capacity limitations apply and may not be available on all services. Events beyond our control such as currency fluctuations and changes to the price of aviation fuel may result in prices variations . Strict cancellation fees apply. For full terms and conditions and cancellation fees please contact your local travel agent for more information. Trade enquiries via GO Holidays. Prices are based on lead-in stateroom categories, surcharges apply for other categories. Prices are subject to change at any time without notice. Further conditions apply.