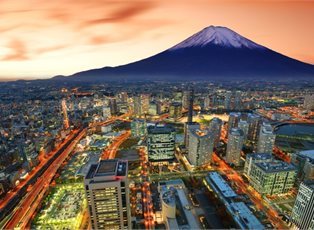 Diamond Princess   (More about the ship)

Bonus:
- Includes Premier Beverage Package plus WiFi*
- Plus receive US$75 onboard credit per stateroom*

CRUISE SALE WEEK:
- Book between 02-09 Mar 2020 & receive an additional US$100 onboard credit plus pay 50% reduced deposit*
Please note: while prices are accurate at time of loading they are subject to change due to currency fluctuations and currency surcharges may apply. Please check price at time of booking.

*Valid for sales until 12 Mar 2020 unless sold out prior. Fares are per person, in NZD, in complete twin accommodation based on the lead category for each stateroom type, inclusive of all discounts, taxes, fees and port expenses (which are subject to change). Supplements apply for other stateroom categories. Fares based on specific departure dates only. Higher fares may apply to other departure dates listed. Princess Cruises has set aside a reasonable number of staterooms which are available at these fares. Once these staterooms are sold, fares may revert to a higher fare, but may also be discounted. Valid for new bookings and not combinable with any other offer. All offers are subject to availability, not transferable and cannot be redeemed for cash. Some oceanview staterooms have obstructed views. Offer is valid for the first two guests in the stateroom when booking select cruises sailing between 5-37 nights departing after 01/04/20. Exclusions include select short getaways and all World Cruise voyages. Best Value fare includes the cruise fare bundled with access to the Premier Beverage Package and Internet at a packaged rate. Premier Beverage Package applies to the first 2 guests in the stateroom when aged 18 years or over (21 years on some international voyages) on the Best Value fare. Exclusions apply. Service of alcohol is always subject to Princess Cruises RSA Policies. Guests under legal drinking age will receive the Premier Coffee & Soda package. On Golden Princess, Sapphire Princess and Star Princess: guests receive 5000 minutes of internet access per person per cruise across multiple devices. On Sea Princess, Sun Princess, Majestic Princess, Diamond Princess and Pacific Princess: the Premium PrincessCONNECT Internet Package applies and usage is unlimited across multiple devices in a stateroom (accessed through one device at a time only). All Medallion class ships: unlimited MedallionNet package applies, which is limited to 1 device per passenger and up to 4 passengers in the stateroom. Onboard credit is in currency specified and is non-refundable, non-transferable, cannot be redeemed for cash, and cannot be used in the medical casino or medical centre. Further conditions apply. Cruise Sale Week is valid for bookings 02-09 Mar 2020 and is in currency shown, is per stateroom, non-refundable, non-transferable and cannot be redeemed for cash, used in the medical centre or casino.