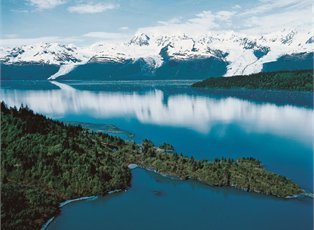 Receive onboard credit plus reduced deposit*

Queen Elizabeth   (More about the ship)

BONUS:
- Receive US$120 onboard credit per stateroom*

CRUISE SALE WEEK BONUS:
- Book between 13-20 Feb 2020 & receive an additional US$100 onboard credit per stateroom plus pay 50% reduced deposit*
Please note: while prices are accurate at time of loading they are subject to change due to currency fluctuations and currency surcharges may apply. Please check price at time of booking.

*Valid for sale from 10 Feb until 28 Feb 2020, unless sold out prior. Fares are cruise only per person, twin share in NZD, based on lead categories, inclusive of all discounts, taxes and charges (which are subject to change). Not combinable with any other offer. Supplements apply for other stateroom categories. Confirmation of booking must be secured by a 10% non-refundable deposit due within 3 days of booking. The balance of the cruise must be paid no later than 90 days prior to sailing. Grades, staterooms and preferred dining times are subject to availability, and for guests booking on the Early Saver Fare will only be confirmed once on board. Should you not receive a stateroom assignment at the time of booking; one will be assigned to you at Cunard’s discretion closer to the time of sailing. ONBOARD CREDIT is in USD, per stateroom & is applied to the first two passengers only. Credit is non-transferable, cannot be redeemed for cash or be used at the medical centre or casino. Amount varies by category. A reasonable number of cabins have been set aside at these fares. Once this offer ends, fares may revert to a higher fare or may also be discounted, fares are subject to availability. To be read in conjunction with the booking and passage conditions found in the latest Cunard brochure which passengers will be bound by. Whilst all information is correct at time of publication, offers are subject to change or withdrawal. Further terms & conditions apply, check at time of booking. Cruise Sale Week Bonus: Book between 13-20 Feb 2020 to receive additional benefits. 50% reduced deposit allows you to pay half the usual deposit at time of booking and balance when full payment is made.