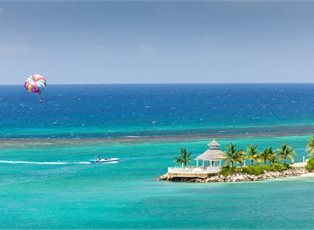 Nieuw Amsterdam   (More about the ship)

*Valid for sales from 05 Dec 2019 until 28 Feb 2020, unless sold out prior. Prices are per person twin share in NZD, based on lead categories at publication date, inclusive of all taxes, fees and port expenses (which are subject to change). A non-refundable cruise deposit is due within 3 days of reservation. Full payment conditions apply. Onboard spending money amounts vary by cruise length. Onboard spending money is in currency as specified, applies to the first two guests in the stateroom, is not transferable, non-refundable and cannot be used at the medical centre or casino. Offers are applicable on select 2020 & 2021 departures. Stateroom upgrades are available on select stateroom categories and are subject to availability of the staterooms in the higher category. Offers are per stateroom based on double occupancy, for 1st & 2nd guests sharing a stateroom and exclude 3rd/4th guests, except provided herein. Offers are for new bookings only, apply to the cruise portion of Alaska Land + sea journeys & are not combinable with any other discounts and are not transferable or refundable. Kids or Third/Fourth offer is based on sharing a stateroom with 1st and 2nd guests, valid on select sailings, are based on Promo NV. Taxes, Fees & port expenses are included in all 3rd/4th offers. Reduced deposit is valid for new bookings only and is a reduction off the standard deposit amount with the remainder due on final payment of the booking. Bookings made on voyaged requiring immediate final payment are not eligible for a reduced deposit. Shore Excursion offer applies only to select shore excursions on select sailings, purchased in advance of embarkation, prior to 14 March 2020. If a shore excursion is cancelled once onboard, the refund will be the amount paid. Suite Offer Prepaid Gratuities (hotel service charges): Holland America Line pre-pays room gratuities on behalf of guests. Gratuities for bar, dining room wine accounts, or spa/salon services are not included. Beverage Card offer expires 17 January 2020 and is valued at US$50 per person and is applicable to all guests. Fares are based on specified departure date/s. Different fares apply to other dates listed. Supplements apply for higher room grades, categories and fare types. Subject to availability. While we endeavour to keep our pricing as up-to-date as possible, the advertised prices shown here may differ from the live prices in our booking system. Prices are based on cash, cheque or eftpos. Cruise deposit, amendment and cancellation conditions apply. Based on the exchange rate as at 02 Dec 2019. Offers & prices are capacity controlled and may be modified or withdrawn without prior notice. Further conditions apply.