A Taste of Zagreb

Croatia is one of the most talked-about destinations of 2017. The hype around the filming of scenes for Game of Thrones in Dubrovnik’s Old Town shows no signs of slowing down, and for good reason. With its iconic fortified walls, the Old Town is a spectacular historic sight and not to be missed.

The Dalmatian Islands are some of my favourites as well. Smallship cruising along the gorgeous Adriatic coastline, feeling sparkling sun on my skin, and jumping into impossibly blue water leaves me daydreaming all year!

Beyond those well-known destinations, another area of this special country is now moving into the spotlight: Croatia’s capital city of Zagreb.

This year, Zagreb (population 1.24 million) was recognised as the number one must-visit destination in Europe by Lonely Planet. It was also voted as hosting the best Christmas Markets in Europe for the last two years running. No longer an off-the-radar location, Zagreb is now officially the ultimate city-break, offering culture, arts, food and endless incredible coffee as the ingredients for a perfect trip.

In Zagreb, picturesque architecture surrounds you at every turn. A mix of tidy 18th- and 19th-century Austro-Hungarian buildings and interesting old socialist buildings is complemented by lush parks, lively squares and city markets.

As a landlocked city, you might think the locals leave for the coast all summer, but summertime in Zagreb is one of the liveliest times to visit. As you walk through the city (it is easily and best experienced on foot) you find yourself mingling with the locals while enjoying many of the summer festivals on offer.

No longer an off-the-radar location, Zagreb is now the ultimate citybreak, offering culture, arts, food and endless incredible coffee as the ingredients of a perfect trip.

Approach the city’s main square, Ban Jelačić, and be amazed by a performance of traditional Croatian dancing and singing. Continue to Upper Town and Strossmayer Promenade for live music and theatre performances. Visit Art Park and sample a craft beer or cocktail as you walk through a sculpture exhibition, or even join in on a graffiti art workshop!

Zagreb is not just a city to be visited in the summer though and it is taking steps to be recognised as a year-round destination. Springtime is gorgeous: you can meander through historic parks and visit the stunning Botanical Gardens. Winter at the famous Christmas Markets is pure magic, especially when the city is blanketed in falling snow.

On my most recent visit to Zagreb, I wanted to experience its increasingly acclaimed food and drink scene. To give our visit a special touch we stayed at the historic and luxurious Esplanade Zagreb Hotel. This was the centre of Zagreb social life during the 1920s and later, special guests at the hotel included travellers on the famous Orient Express, and icons like Elizabeth Taylor, Alfred Hitchcock and Queen Elizabeth II. 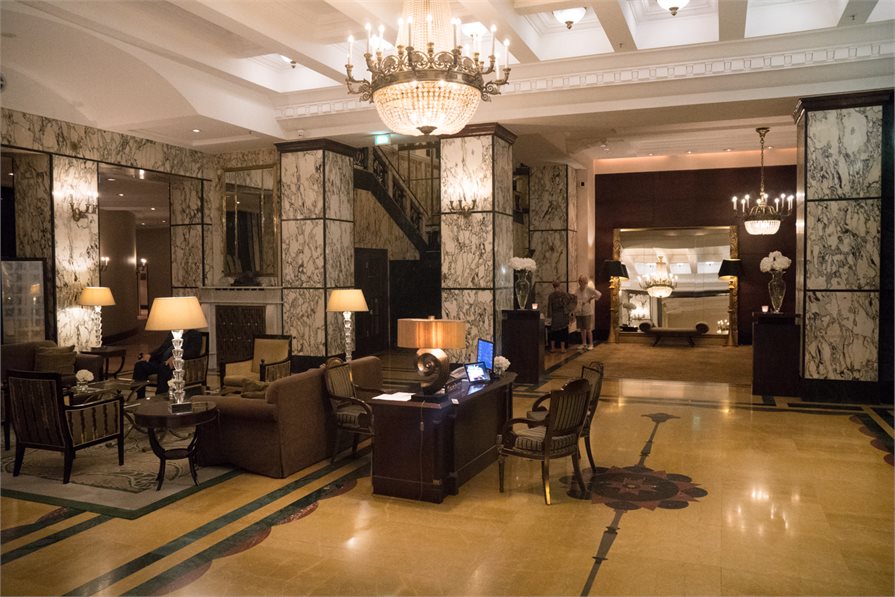 Today, the Esplanade is considered a city landmark and is still a gathering point for travellers and locals to enjoy the 1925 Lounge & Cocktail Bar, Le Bistro Esplanade and the famous fine dining restaurant, Zinfandel’s. 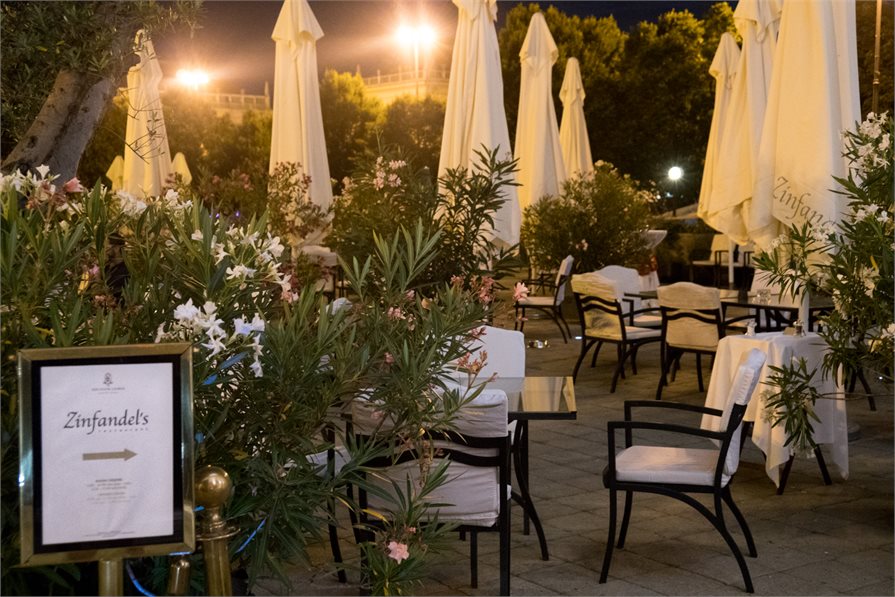 The next morning, we visited a local bakery to sample fresh pastries such as burek, a delicious savoury meat or cheese pastry that you must try when visiting Croatia and the Balkan countries.

Dining at Zinfandel’s was a treat. Named after the grape that was exported from Dalmatia to America in the early 19th century, the name represents the connecting of cultures at the restaurant. Zinfandel is now one of the most notable grape varieties produced in the Napa Valley and the restaurant is proud to bear the name.

Our experience dining at Zinfandel’s was memorable from start to finish. Each dish showcased different flavours from regions of Croatia. Steamed potato dumplings, a Zagreb classic, were paired with a main of poached cuttlefish which is often served in a black risotto. This dish is traditionally served along the Adriatic coast from Istria to Dalmatia. Our sommelier recommended a divine Malvazija wine from Istria to complement it perfectly. 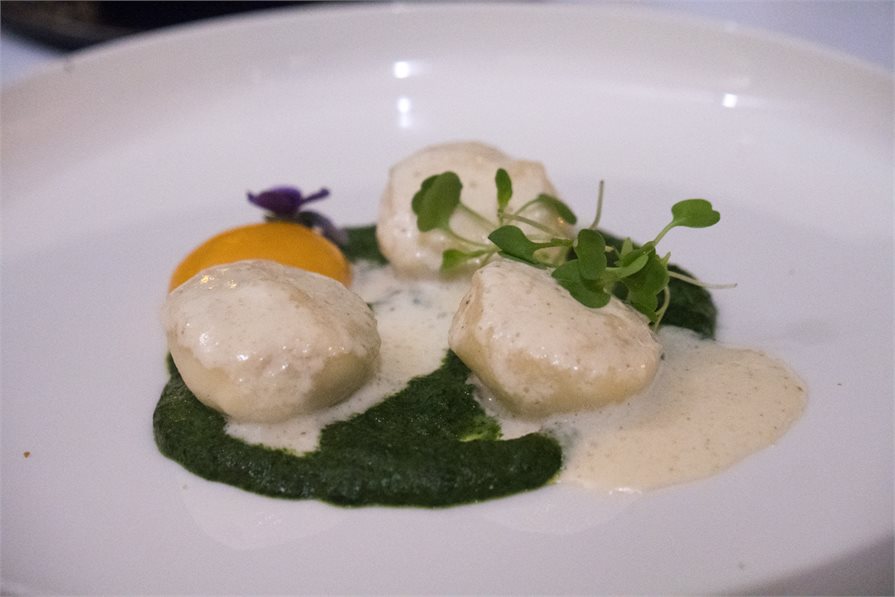 The next morning, we visited a local bakery to sample fresh pastries such as burek, a delicious savoury meat or cheese pastry that you must try when visiting Croatia and the Balkan countries. This was followed by a leisurely coffee in Tkalčićeva Street, which is lined with cafes and bars and frequented by the locals.

Later that evening we continued enjoying the theme of modern cuisine that Zagreb has to offer and headed to 50, A Burger & Champagne Bar. Similar to New Zealand, Croatia has embraced the popularity of good quality, memorable burgers. The menu again paid homage to different regions of Croatia, offering burgers such as “Hvar”, “The Mediterranean” and “Le Truffe”. I was drawn to the Le Truffe, loaded with fresh truffles, truffle cheese and truffle aioli. Truffles grown in the Istria region are a delicacy and a favourite of mine. They truly did not disappoint in this delicious burger form, and it’s an ideal way to top off your local culinary experience. 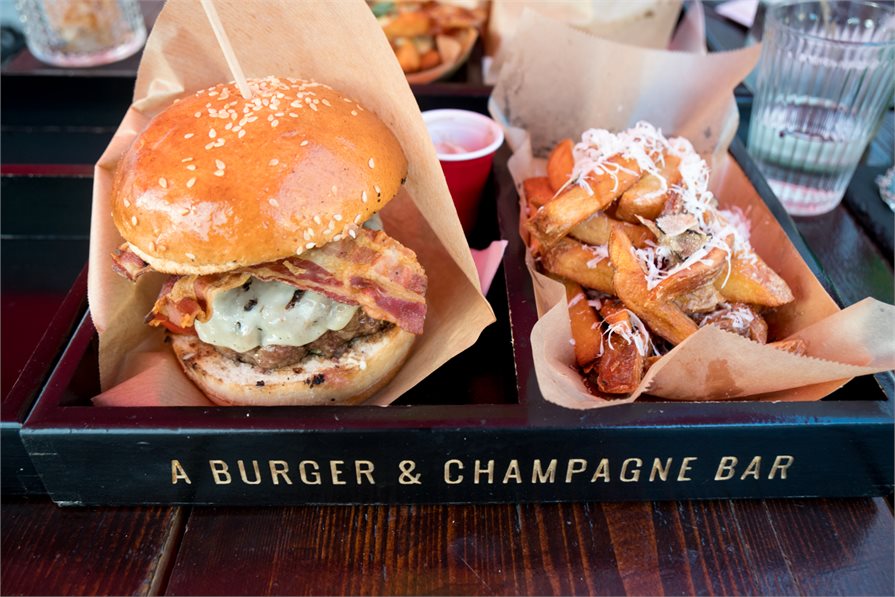 There is now no excuse not to include Zagreb on your itinerary when visiting Croatia! Both Emirates and Qatar Airways fly direct from their hubs in the Middle East, which means only two flights from New Zealand. Plenty of European carriers also serve Zagreb, so you can seek out affordable fares. Enjoy the full flavours of Croatia and make sure to experience this unique and delicious little city.