A Very Fine Time on the Rhine

I asked my husband Kevin this question and his reply was a guarded “yes” – with the proviso that he would be in sight of land at all times. We were headed to Europe last December and the seven-night Avalon Waterways “Romantic Rhine” cruise, departing Basel in Switzerland on 16 December and finishing in Amsterdam on 23 December, fitted the bill perfectly. A bonus was that it was a festive-themed cruise and would take us to Christmas Markets.

The first evening aboard the Avalon Imagery II was spent meeting the crew, learning the routines and expectations on board the ship, getting to know some of our 120 fellow travellers and enjoying our first dinner on board.

We woke to find ourselves docked at the Rhine Valley town of Breisach in Germany. There was an optional excursion that morning to the picturesque city of Colmar in France so we departed by coach for a tenminute ride through the countryside. Colmar is very photogenic – think photo opportunities around every corner. It has a well-preserved old town (founded in the ninth century) with cobblestone streets lined with half-timbered medieval and early Renaissance buildings. 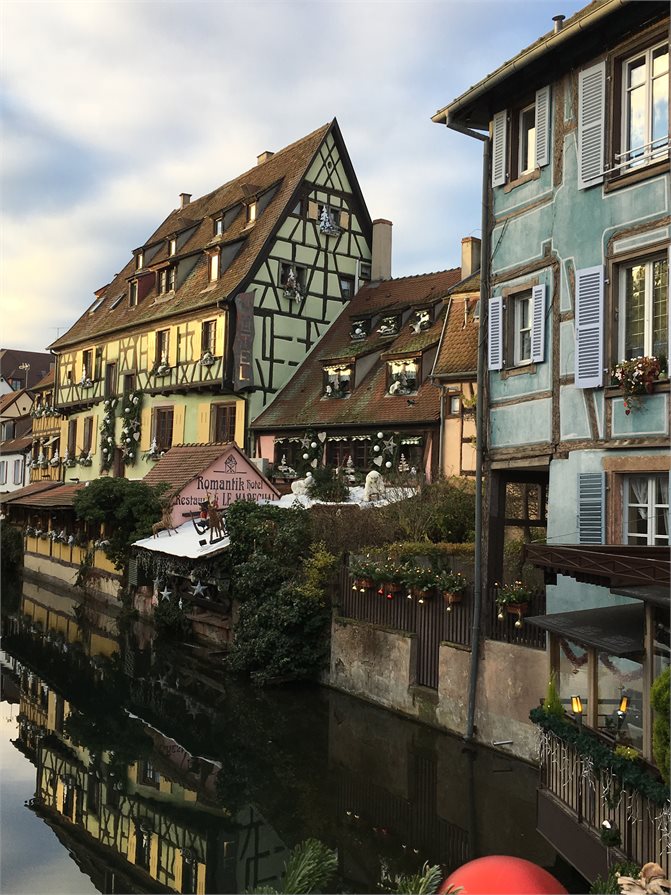 Next it was back to the ship for lunch, then off in the afternoon to the nearby Black Forest in Germany. The excursion took us for a glorious scenic ride past snow-covered villages and forests with trees laden with snow. France in the morning, Germany in the afternoon – great first day!

We awoke in Strasbourg in France and after a morning touring the city we had lunch on the ship before an afternoon excursion to the small French city of Obernai, famous for its wine and beer production. Here we encountered more French gorgeousness, wine tasting at a great Alsace vineyard and festive Christmas markets. 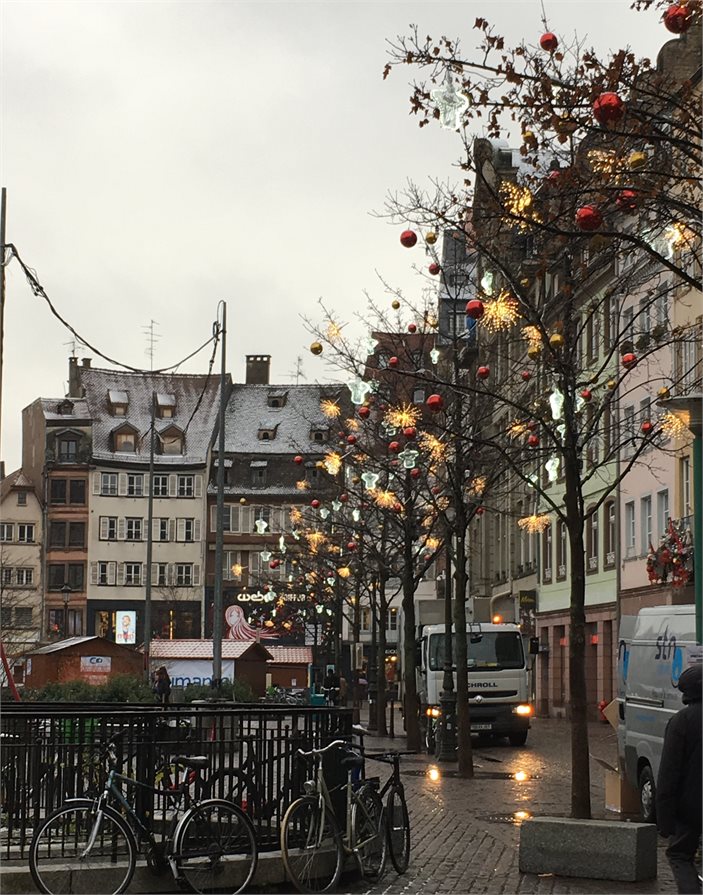 That evening, Kevin and I decided to participate in the degustation menu on the ship. This menu is available for up to 20 guests each evening and was served in the upstairs lounge. Pre-registering was a must! After dinner we went up on the top deck and braved the cold to watch the fascinating operations of a lock we were passing through.

During the night, the river was closed to all traffic due to an accident. The captain had to scramble to find a suitable place to park the ship and the cruise director had to rearrange all the coaches booked to take us on our morning tour. All the while we slept on obliviously.

The morning’s trip was to Heidelberg – another lovely German town with the red sandstone ruins of Heidelberg Castle on the skyline. Our guided tour of the castle and town was followed by exploring on our own and sampling the local treats.

Back on the ship for lunch we cruised past the old imperial city of Worms (famous for its classic German semi-sweet Liebfraumilch wines, and beer) and had a late-afternoon visit to Mainz whose market squares were brimming with Christmas cheer.

Charming lanes, specialty coffees and the museum of Mechanical Music Cabinets were the scripted part of the morning. Free time saw Kevin and I taking a cable car ride up the hill and over the vineyards to the hilltop monument of Nederwalddenkmal which commemorates the Unification of Germany in the 1870s – absolutely stunning.

The afternoon was all about what you see in the brochures: scenic river cruising. Passing through the gorges of the Rhine was amazing, with castles and churches – some in ruins – coming to us through the mist and low cloud. In the evening, we explored the ancient city of Koblenz with a guide.

We arrived in Köln/Cologne with its majestic Gothic cathedral. Kevin and I chose to take the Jewish Heritage guided walk. Our guide was a young historian not afraid to talk about World War II and Germany’s not-so-pleasant recent history. In fact, as part of the tour, he took us to the Gestapo Prison Memorial Museum.

Oh, Amsterdam, you are so pretty. We enjoyed a tour of the canals (on a number of smaller boats of course) and a guided walking tour in the morning, then Kevin and I decided to visit the Anne Frank Museum, for which I had purchased tickets a couple of months prior.

Our last dinner on board that night was with our tribe – a mix of Americans, Australians, a German, a Scotswoman and Kiwis. The next morning we were all dispersing and heading off to places all around the globe.

Would I do it all again? Unequivocally yes. Would I do it again in winter? Yes – dress right and it’s no problem.What did I enjoy about the cruise? Unpacking once. Visiting four countries in a very relaxed manner. Informative, friendly guides. Plenty of free time to explore. Meeting new people and developing friendships. Reconnecting with my husband and enjoying each other’s company without the stress of having to travel around all on our own.

What didn’t I like? My waistline is the one with the most complaints! 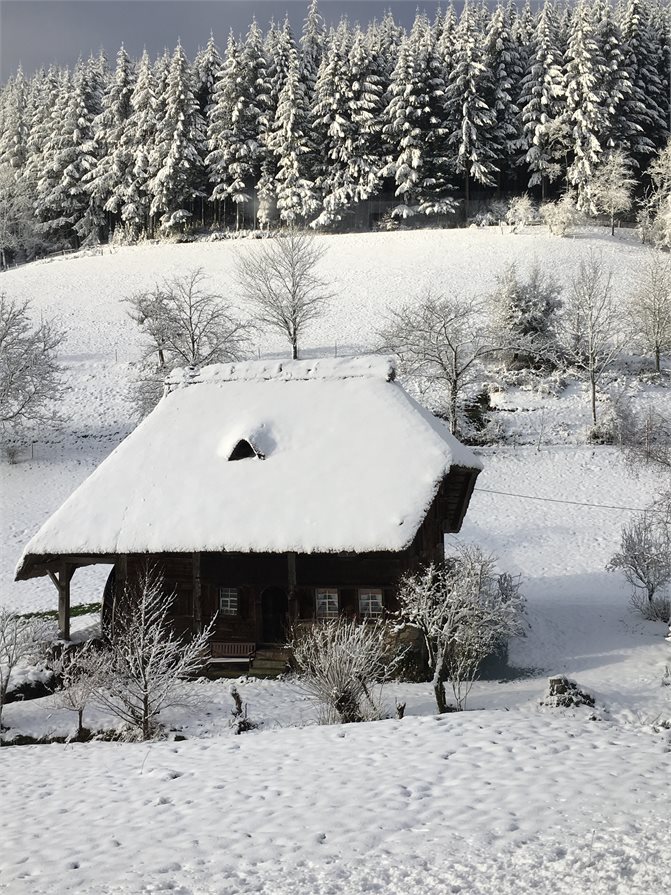