On an 11-day adventure with World Journeys Delhi to Agra and Jaipur, Jacqui Currall, Owner Manager of helloworld Travel Te Rapa & Rototuna discovered that India offers attractions to delight the most discerning travellers.

It’s a bit of a cliché to say that India is bursting with colour, sights, sounds and smells that assail your senses, but it does, and the journey I recently took with World Journeys around the famous Golden Triangle route was everything and much more than I expected. 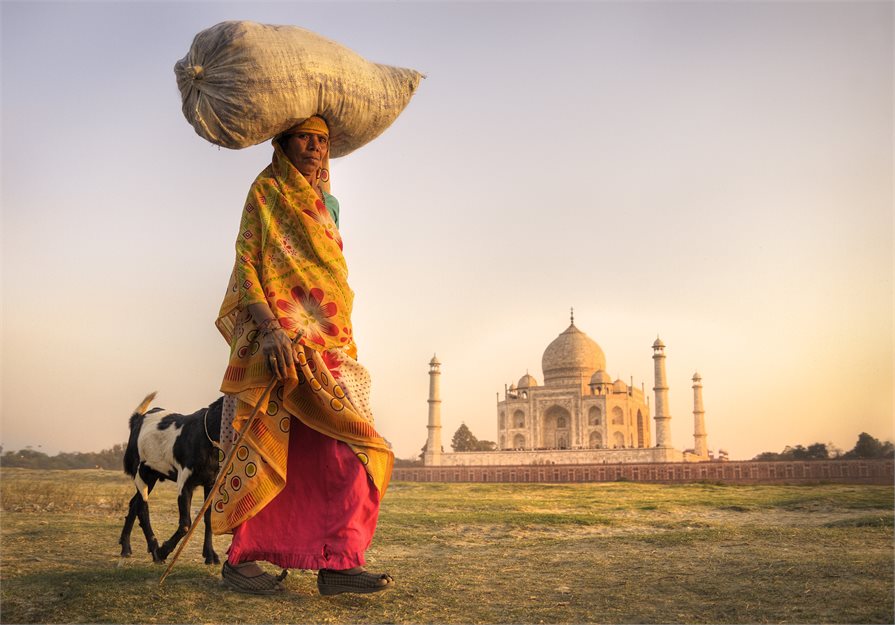 Delhi, India’s capital, was a complete surprise and certainly a lot cleaner than I expected. Split into Old and New Delhi, the city offers a glimpse into both the country’s ancient history and its modern way of life. A rickshaw ride is hands down the best way to experience the old narrow alleyways, with the hustle and bustle of thronged bazaars and tall, leaning houses lining the intricate maze of streets as you pass by. Chandni Chowk, one of the oldest and busiest districts, proved to be the pulsing heart of Old Delhi, sprawling with markets and places of worship for all prominent Indian religions. Sampling local chai tea and pancake samosas was a highlight here, and a visit to Jama Masjid, built between 1644 and 1656 by the Mughal Emperor Sha Jahan of Taj Mahal fame, was an absolute must with its tapering minarets and extravagant marble domes. 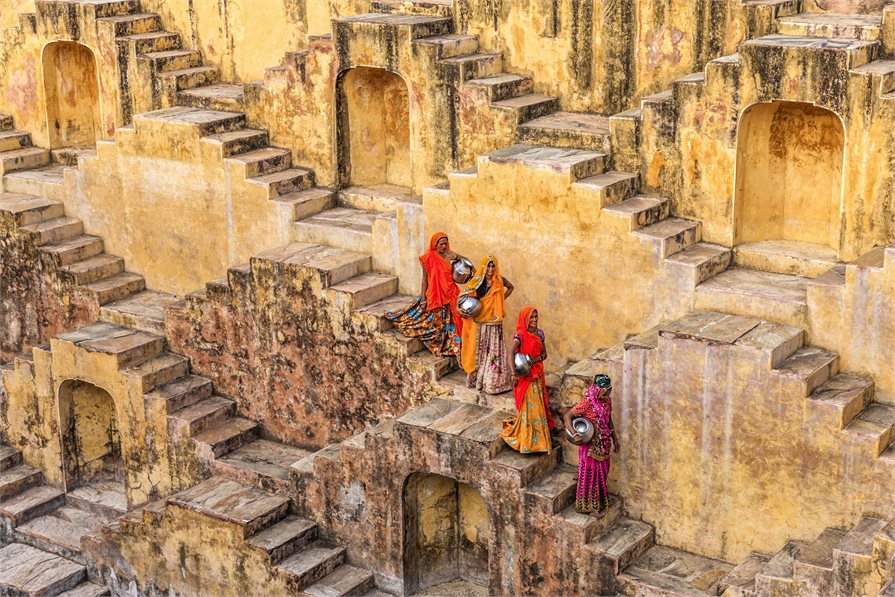 New Delhi was a stark contrast with its wide boulevards, colonial-era bungalows and leafy green avenues. A guided walk around the area revealed the stunning Indo-Victorian architecture of Edwin Lutyens, reflected in the Parliament House and Connaught Place. A visit to Gandhi Smriti where Gandhi lived for his last 144 days was definitely a stop for history buffs, but the real highlight was a cooking class at Bajaj Indian Homestay using a masala dabba spice box – even non-cookers would love it! At Kingdom of Dreams in the Sector 29 District, live Bollywood-style performances took centre stage and a long food court with a range of regional cuisines was an absolute delight. Walking around the buildings here felt a bit like being in Disneyland in India, and watching one of the shows was a great experience.

'An early morning visit to the Taj Mahal treated us to picture-perfect light and much cooler temperatures than the full heat of the day.'

Next up was Agra, famous for the Taj Mahal. I had the pleasure of staying at the Radisson Blu Agra Taj East Gate Hotel which had breathtaking views of the Taj from a rooftop infinity pool. An early morning visit to this architectural monument treated us to picture-perfect light and much cooler temperatures than the full heat of the day. Because the grounds are so expansive, there is a lot more to see than just the building itself and for those who want the perfect shot there are professional photographers on hand.

The nearby Agra Fort, built by Shah Jahan’s father the Emperor Jahangir, was an impressive display of Mughal grandeur with magnificent gateways, bastions, and towers symbolising the power of the Emperor, with the Taj Mahal captured perfectly in the distance. The fort, used as the residence of Mughal emperors in the 16th century, is still partly in use today by the Indian Army. 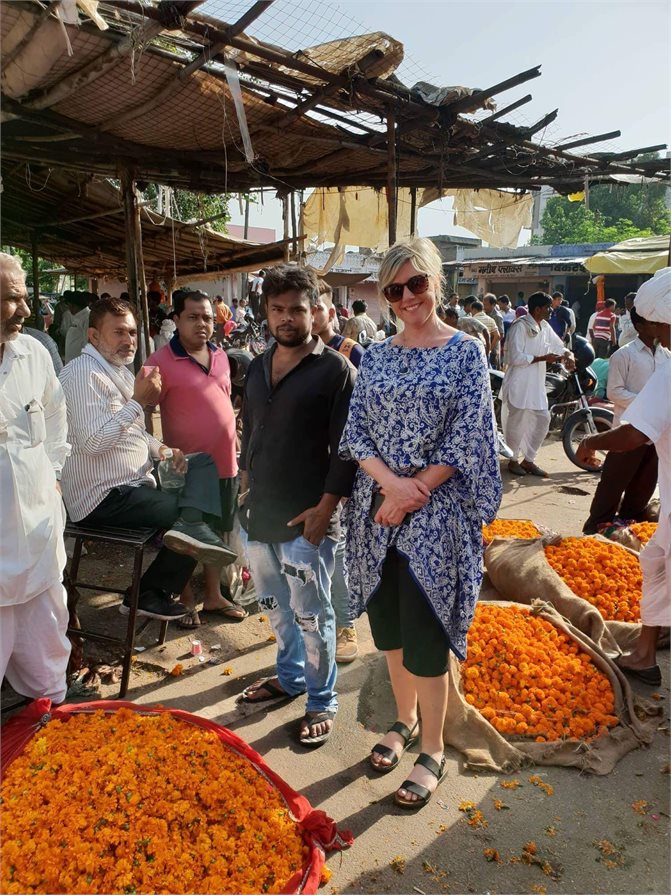 Before heading to Jaipur, we made a stop in Bharatpur to visit the UNESCO World Heritage Site of Keoladeo National Park. Formerly a hunting reserve for the Maharajas, the sanctuary is now refuge to over 360 species of native and migratory birds from Europe, Sri Lanka, Siberia, Tibet and China. For those who aren’t so keen on birdspotting, you can head straight to Jaipur or stay a few nights at Ranthambore National Park in southeast Rajasthan – known for its Bengal tigers – for a wildlife safari between October and June.

When we reached Jaipur, the city was awash with dusty pink colours, wool carpets, colourful trinkets and handicrafts. There was plenty to see and do here, and the flower market was incredibly easy to walk around and take photographs without anyone bothering you. The Amber Fort just outside the city holds stunning views of the surrounding area and is famous for its Rajputera architecture (1500-1947), while the City Palace contains a unique blend of Mughal and Rajasthani works of art. Staying in the Taj Jai Mahal Palace Hotel upped the wow factor, its grand Indo-Saracenic architecture surrounded by 18 acres of Mughal gardens. 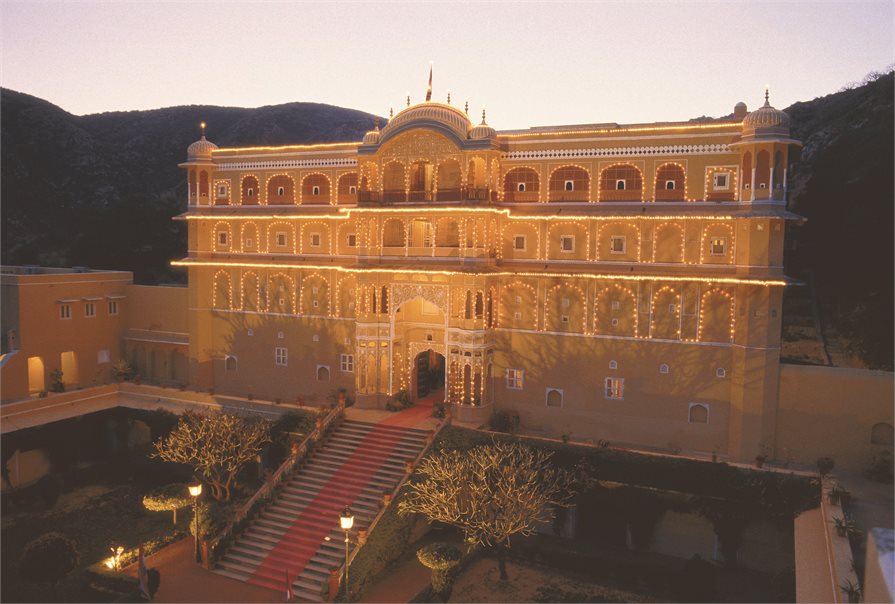 I have to say that the sights and experiences and the food and the shopping were unbelievable, but what also made the trip special were the kind and inclusive people. Our group was included in celebrations and treated as long-lost friends on more than one occasion and our guides were perceptive and understood what each of us were looking for and delivered. I know it’s a cliché too, but I have never felt as alive as I did during my World Journeys adventure through India. I can’t wait to go back.