On a recent tour, Marie Coles of helloworld Travel Cambridge gained an insider’s look at one of Italy’s most celebrated regions, including places that are lightly touristed.

Something magical happens as soon as you set foot on the rich and ancient soil of Tuscany. There are rolling hills adorned with grape vines and olive groves, villas draped in traditional sandstone and terracotta bricks, cute hilltop villages and bustling famous cities. It's just like you have seen in many pictures and paintings except it’s right there before your excited eyes.

I recently hosted a women-only tour to Europe. After spending a few days in Rome and Venice, we arrived in Florence and were met at the railway station by Massimo and Jon from Trovare Tuscany. Trovare means “to find” and these guys are absolute local experts in finding the real Tuscany. We spent the first day of our tour exploring Florence on foot. 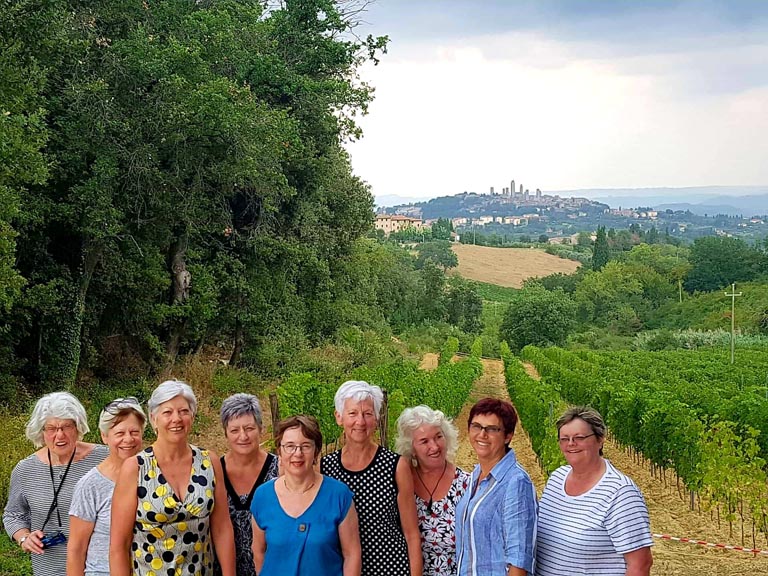 We viewed the Duomo, visited a ceramics store, wandered down narrow streets looking at architecture, drank coffee like locals (standing up), had selfies with Michelangelo’s “David”, and marvelled at many other incredibly intricate statues and the Ponte Vecchio. Jon then had us “freshen up” in a divine perfumery where you can mix your own concoctions before enjoying a delicious traditional lunch. Being a women-only group we were allowed plenty of time for shopping and with arms full of purchases we were picked up by Massimo and driven an hour out of the city to his home village of Vicopisano.

We wandered down narrow streets looking at architecture, drank coffee like locals (standing up) and had selfies with Michelangelo’s “David”

Here we were split into two groups: some staying at Villa Lenzi and some at Casa Castello. Jon and Massimo offer a range of accommodation from B&Bs to local casas (homes) and upmarket villas and are also registered guides who can design a holiday to suit couples, friends, families and solo travellers – perfect for Kiwis who like to be a little more bespoke with their travel plans.

Next day we went to Pisa which is just 30 minutes from Vicopisano. We travelled by local bus which was an interesting ride as it popped in and out of local villages and pulled up right outside the Leaning Tower. We arrived early before the hordes of cruise-ship passengers and Massimo had pre-booked our tickets (essential) to climb the tower. I climbed in bare feet as the steps were slippery if you were wearing shoes. The feeling of cool marble smoothed by centuries of feet was amazing!

The Tower is eight stories high and inside is a 297-step narrow spiral staircase and you can definitely feel the lean as you work your way up the stairs. The view from the top is well worth the effort as you look down over the terracotta rooftops of the city. We then strolled through Pisa, which is full of historic gems and has an upbeat atmosphere. Pisa has a highly rated university with over 30,000 resident students.

I climbed the Leaning Tower of Pisa in bare feet as the steps were slippery if you were wearing shoes. The feeling of cool marble smoothed by centuries of feet was amazing!

Back in Vicopisano we spent the rest of the day at a cooking class in the villa of a local Contessa. It had a functional kitchen and a beautiful dining area with a table setting so exquisite we were nervous to sit down at it. During our hands-on cooking lesson we learned how to put together an authentic antipasto and cooked a Tuscan ragu, homemade ravioli with ricotta cheese and spinach, and a Torta d’Erbi (a traditional cake with herbs and pecorino cheese), all washed down with copious amounts of prosecco. 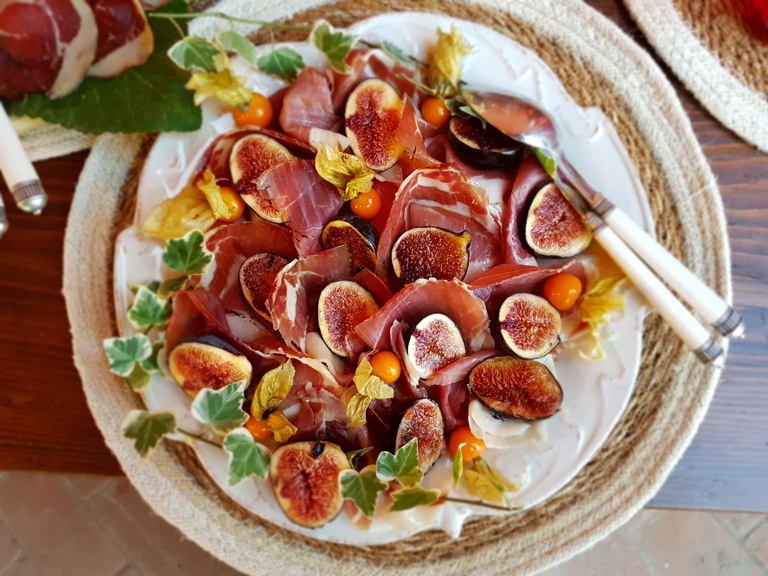 The next day was spent exploring some of the beautiful towns within 30 to 60 minutes' drive of Vicopisano. We also visited the bigger cities of Lucca and San Gimignano but the highlights for us were Lajatico and Volterra. Lajatico is the hometown of opera singer Andrea Bocelli and every July he holds a special concert in a purpose-built outdoor arena called the Teatro del Silenzio, a stunning location surrounded by typical Tuscan landscapes.

Volterra is a real gem and so untouristy. It’s 545 metres above sea level and surrounded by two defensive walls, one Etruscan and one medieval-era. Along with a typical square and plenty of historic buildings (scenes in the Twilight movies were filmed here), Volterra also boasts great shopping and plenty of nice eateries. We enjoyed a long lunch at a local vineyard and came away replete, quite merry and with casks of cheap but excellent wine to take to our next destination – expensive Switzerland!

In Vicopisano you can stroll down to the village square each evening for a drink with the locals. We enjoyed sitting outside as the sun settled over the Tuscan hills.

A definite highlight for everyone was a truffle hunting expedition with the family-owned Savini Tartufi truffle company. We met with our guide Luca and his super zealous dogs in a forest near the village of Palaia and within minutes of the dogs being let loose they had found truffles. Luca’s enthusiasm and excitement was infectious and we all felt so proud of his new dog, a naughty teenager in truffle training. The smell of truffle is unbelievably strong and they look like knobbly wooden nuggets. After an hour racing around the forest and finding a good haul of truffles, we drove back to Savini Tartufi’s truffle museum to learn more about this precious fruit of the earth, followed by the most delicious lunch of antipasto drizzled with truffle oil, pasta laced with truffle, and truffle chocolates. 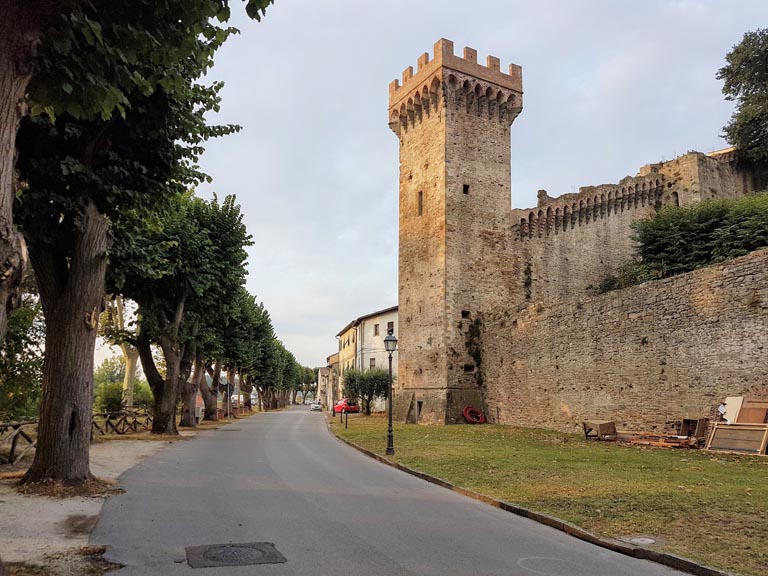 When you stay in Vicopisano you can stroll down to the village square each evening for a drink with the locals. A refreshing Spritz became our aperitif of choice and we enjoyed meeting before dinner and sitting outside as the sun settled over the Tuscan hills. The village has a castle perched on a hill and a handful of intimate restaurants and the best thing: no tourists. To me, Vicopisano was just perfecto and I cannot wait to return.