With the background help of Lorrene Te Kanawa, Owner of helloworld Travel Te Kuiti, newlywed Melissa Jackson and her husband enjoyed a memorable honeymoon in Europe from the Lake District of England to the Greek Islands.

In June my husband and I spent eight weeks travelling around Europe on our dream honeymoon – and for both of us, our OE. As we were first-time travellers the assistance of Lorrene Te Kanawa from helloworld Travel Te Kuiti was invaluable.

Our first stop was London where we used the tube system to explore the city and see the sights including the London Eye, Big Ben, Westminster Abbey and Buckingham Palace. We explored the Tower of London and viewed the Crown Jewels and took a day trip to Windsor Castle where we saw the Changing of the Guard and walked through the picturesque village.

I am a huge Harry Potter fan so a trip to the Warner Brothers Harry Potter Studio Tour at Leavesden, 20 kilometres northwest of London, was essential. The magic continued with an unforgettable trip to Stonehenge. 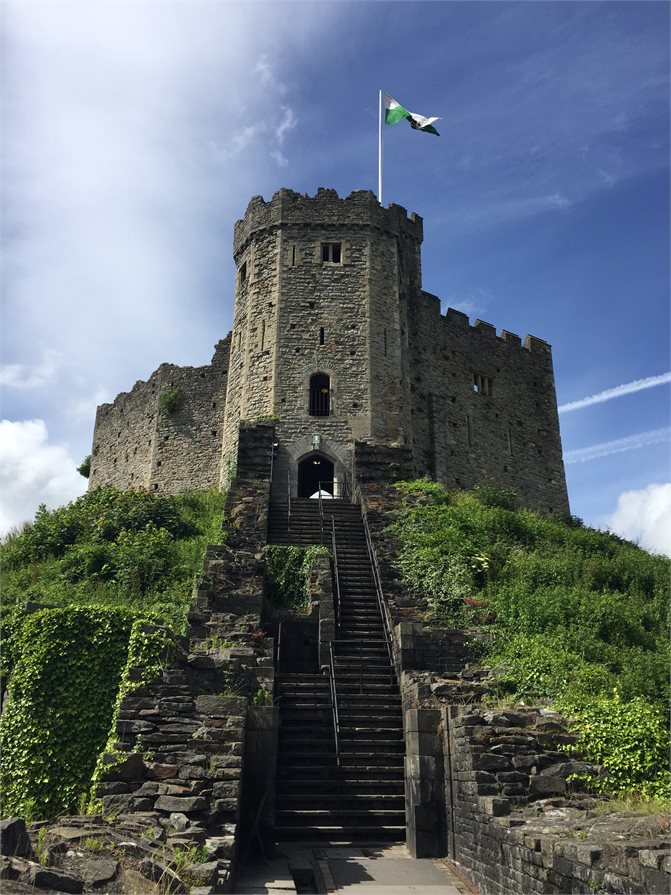 Next we took a train to Wales to visit Cardiff and Cardiff Castle and then hired a car and drove to the Lake District where we stayed in the quaint village of Windermere. I fulfilled a childhood dream by visiting Hill Top, the home of author and artist Beatrix Potter.

Edinburgh was our next destination where we stayed in an apartment in the Old Town and walked the Golden Mile and the walls of Edinburgh Castle and saw the firing of the One o’clock Gun.

Lorrene had arranged for us to be upgraded, free of charge, to the honeymoon suite! What a wonderful surprise.

Soon we were on a plane to Amsterdam where we spent three days. Here we cruised the canals, walked through the Red Light District and enjoyed a Heineken at the original Heineken Brewery. A short plane ride later we were in Paris for another three days where we visited the Eiffel Tower, saw Notre-Dame and walked the eerie passages of the Catacombs.

Our next destination was Tuscany, Italy where we spent a few days of bliss staying at the Villa Pitiana Hotel near the small village of Donnini in the hills east of Florence. Lorrene had arranged for us to be upgraded, free of charge, to the honeymoon suite! What a wonderful surprise. The package also included a private four-course Italian cooking class with a local chef.

An early start saw us flying to Split in Croatia where we set sail with Topdeck for eight days. We swam in the Adriatic Sea every day, ate some of the best seafood imaginable and partied the nights away with our Australian shipmates. We saw the most spectacular fork lightning and ran through the rain in Hvar. We had a lovely meal at a restaurant on the beach in Makarska, followed by an evening swim in the warm, salty sea. The last stop was Dubrovnik where we walked around the city walls and took an excellent Game of Thrones Tour – many scenes for King’s Landing in the series are filmed here. 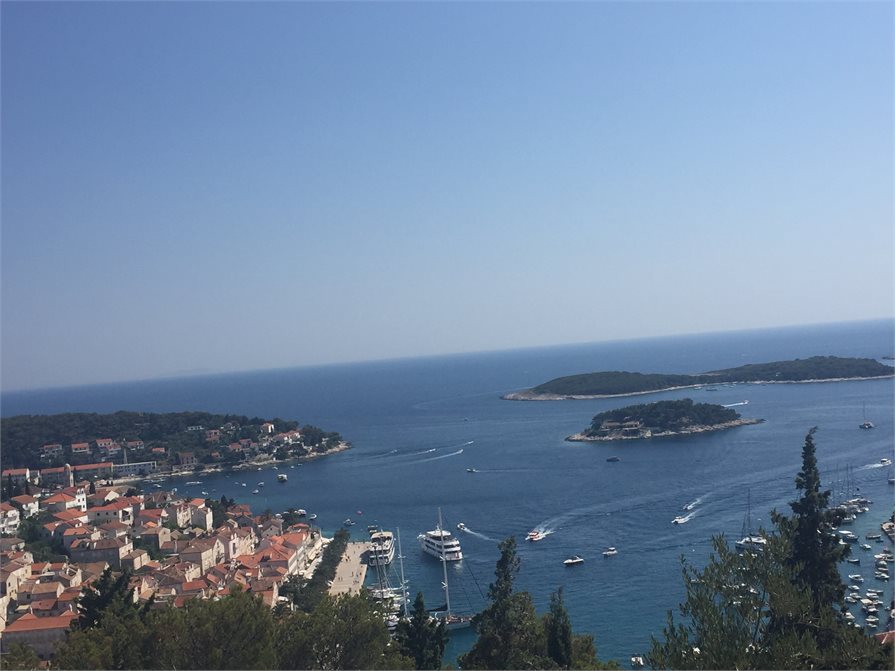 A quick plane ride and we were back in Italy, arriving in Venice by water taxi. We walked across the Rialto Bridge and through Saint Mark’s Square, drank prosecco and ate pasta next to the canals. The following day we met our Geckos Adventure group for an intrepidstyle tour of Italy by train. We explored the beautiful villages of the Cinque Terre and saw the huge marble buildings in Florence. We sampled Italian wine at a vineyard and visited the historic village of San Gimignano. In Rome we walked through the Colosseum and the ancient Roman Forum. We rode the Metro and visited the Vatican Museum, Sistine Chapel and Saint Peter’s Basilica.

We had a lovely meal at a restaurant on the beach in Makarska, followed by an evening swim in the warm, salty sea.

Our final tour saw us in Greece with Busabout where we ate souvlaki and gyros in Athens and walked through the fantastic food markets. We travelled to the islands by ferry, starting in Mykonos where we explored the white-washed streets and rode a quad bike around the island. The next stop was Paros where we made friends with all the street cats and enjoyed the laid-back vibe of the island.

Santorini followed, with us staying in Fira where we were met by our host with a free carafe of local wine. We walked down the hill to the Old Port and caught the cable car back at sunset. We explored the streets of Oia, saw the famous blue-domed churches and had moussaka for dinner. The final stop on the Busabout tour was Ios where we stayed in a villa overlooking Mylopotas Beach and had octopus for dinner. 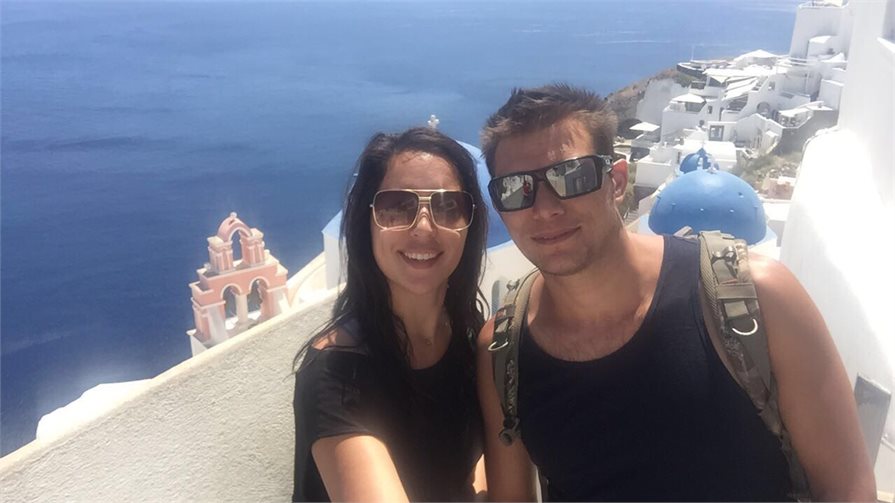 After a night back in Athens we were off to our final destination, the Greek island of Lesvos (Lesbos). This turned out to be our favourite destination and we spent four relaxing days exploring the island. We stayed at a villa with a spectacular infinity pool near the village of Molyvos where we explored the historic wisteria-covered streets and ate mezze-style every night.

We cannot thank Lorrene enough for her help and professionalism. Her useful tips and excellent planning helped to make this the trip of a lifetime. We will treasure the memories for the rest of our lives.