Arriving on an evening flight into Phnom Penh, my first impression was wow! We were greeted by our lovely tour leader and transferred onto a bus to be taken to our hotel for the next two nights. Although the airport was only 11km from the centre of town, it took an hour to reach our hotel in peak traffic. The traffic was actually crazy, with people driving in all directions on scooters and in tuk-tuks and I even saw a truck with about 20 people standing on the back who were being driven home from a hard day’s work. I had an idea of what Asia would be like but actually experiencing it was incredible. 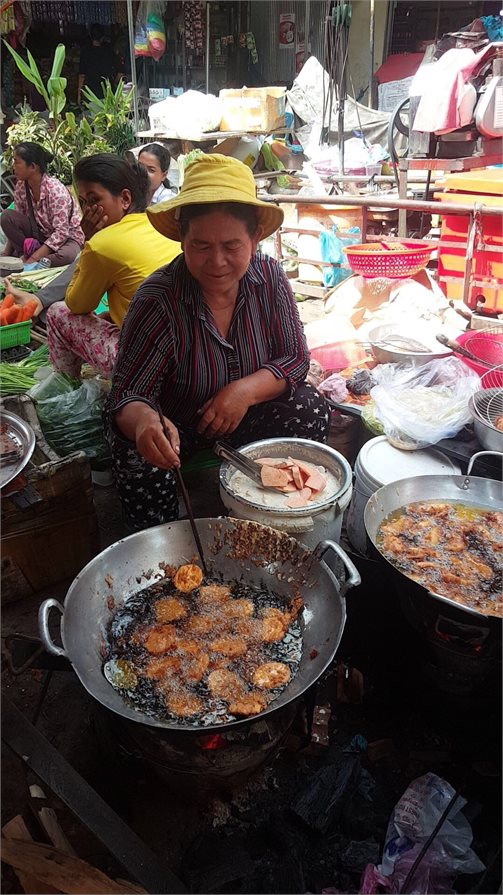 After an hour we turned into the main street of Phnom Penh, which has beautiful monuments, and then into a small street. At La Rose Suites, the amazing boutique hotel where we stayed, we were greeted with the friendliest smiles. Cambodia has a very hot climate and when we were handed a cocktail and a cold towel at reception they were the best cocktail and cold towel I’ve ever had!

A must-do when travelling in Cambodia is to see some of the beautiful countryside which includes large lakes and rice fields and local markets.

After a pleasant night’s sleep in a beautiful suite, we went on a walking tour through the city. It was amazing to see how diverse the city is, including just the experience of walking out of the luxurious sanctuary of the hotel into the busy streets.

We saw a good slice of the city in an hour, including Buddhist temples, a middle-class area and a poorer area. It’s true what people say about how friendly the Cambodians are as a nation: you see people living in poverty yet they seem very happy. Before I went to Asia I heard people talk about how you cross the road – you simply walk and the drivers give way to you, no pedestrian crossings needed! It turned out to be true and although slightly daunting it was great.

Phnom Penh was also a true introduction to Cambodia in other ways. After visiting the Tuol Sleng Genocide Museum and learning about the Khmer Rouge regime it was eye-opening about what Cambodia as a nation went through, and not that long ago either. I even managed to meet one of the six survivors of Tuol Sleng.

A highlight was Pub Street in Siem Reap which is filled with clubs, bars and restaurants and at about US$2 for a local beer it’s definitely a good time.

From Phnom Penh we went 315km northwest to Siem Reap which is most famous for the ancient temple and city of Angkor Wat which once housed as many as 750,000 people. Being able to see the temple was awe-inspiring, but I would recommend arriving as early as possible for sightseeing because it becomes overcrowded and it’s very, very hot. 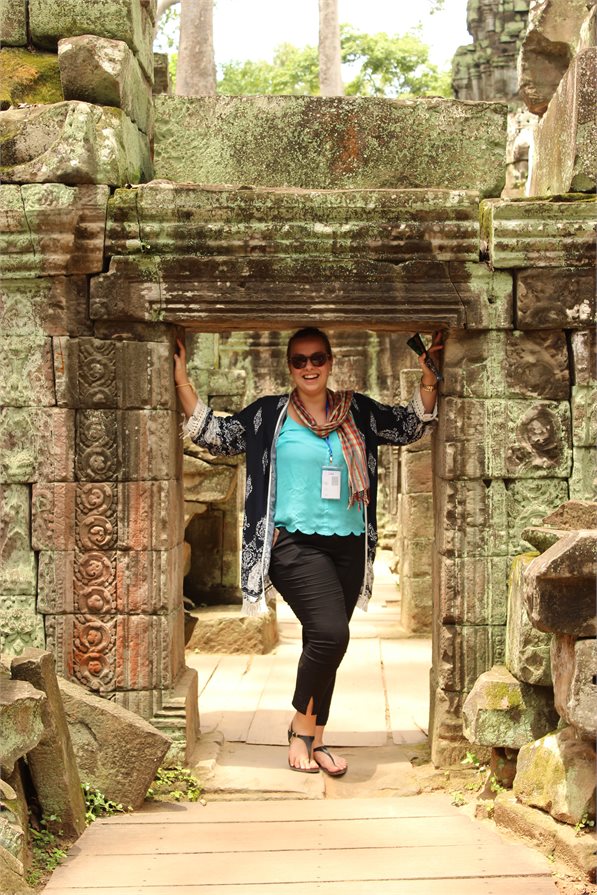 Another must-do when travelling in Cambodia is to see some of the beautiful countryside which includes large lakes and rice fields and local markets. I got to experience it on a Vespa tour which also provided lunch in a village. Other tips: Change your money into U.S. dollars before leaving New Zealand as U.S. currency is accepted in Cambodia. Also try all the local food: I had a cricket and ticked that off my bucket list but I won’t rush back to eat it again.

And although the local food is wonderful and very cheap there is also a wide selection of western restaurants in Phnom Penh and Siem Reap. A highlight was Pub Street in Siem Reap which is filled with clubs, bars and restaurants, and at about US$2 for a local beer it’s definitely a good time.