A journey through the kaleidoscope

If you want to truly appreciate the heady pot-pourri of experiences that is Sri Lanka, you need to move through its gorgeous landscapes for a week. On a recent orientation tour I visited seven places notable for their historical, cultural and geographical significance, and which I recommend as the nucleus of any travel experience in Sri Lanka. The first destination, Negombo, is located approximately 30 kilometres north of Sri Lanka’s commercial capital, Colombo, at the mouth of the Negombo lagoon. 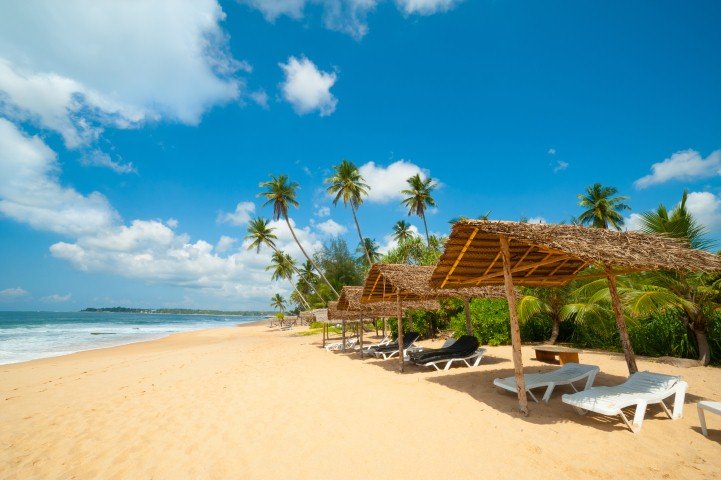 The wide sandy beaches and safe-forswimming sea are the major attractions here, but there is lots more to see in the city of Negombo itself. A tour might take you to the lively Negombo Fish Market and harbour, the old Dutch Reform Church (Sri Lanka has seen traders from many lands), the 300-year-old Angurukaramulla Buddhist Temple, the Portuguese-era St. Mary’s Church, and one of the many Hindu temples. One hundred and six kilometres inland, the Dambulla Cave Temple is one of the most impressive cave temples in Asia. Dating back to the 1st century BC, it consists of five caves whose ceilings are painted with images of the Lord Buddha and gods and goddesses. Later that day we visited an organic farm where we picked fresh vegetables and then prepared two Sri Lankan dishes with a local chef. Fourteen kilometres to the northeast of Dambulla, Sigiriya is a fifth-century World Heritage Site and perhaps the most fantastic single wonder of the island. On its 182-metre summit are the foundations of the former royal palace and the only-known surviving work of ancient Sinhala secular painting in a fresco depicting 21 life-sized damsels. The gardens and summer house are also a must-see. 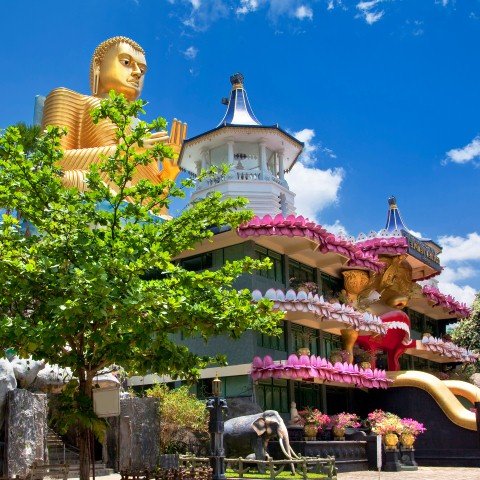 Next stop was the 8,890-hectare Minneriya National Park which is home to sambar deer, leopards and elephants and where we were lucky enough to see a herd of 70 elephants that included babies as young as three weeks old. The central feature of the park is the Minneriya Tank (built in the 3rd century AD), an incredible place to observe the elephants that come to bathe and graze, and the huge flocks of birds fishing in the shallow waters. Heading south towards the ancient capital of Kandy, we visited a spice garden at Matale where cinnamon, cardamom, peppers and other spice trees and plants are grown and spice products are for sale. In the city of Kandy itself is the Buddhist Temple of the Sacred Tooth Relic which houses a relic of Lord Buddha. Believed to have been brought to the island in the fourth century AD, the relic has played an important role in local politics: it is believed that whoever holds it holds the governance of the country. The next day we travelled south by road to the city of Nuwara Eliya, set among rolling mountains that form a carpet of velvety green tea plantations and tumbling waterfalls. The area’s salubrious climate attracted the British in the 18th century and their legacy can be seen in Victorian houses, parks and trout-stocked streams. The tea estates offer breathtaking views of valleys, meadows, mountains and greenery. 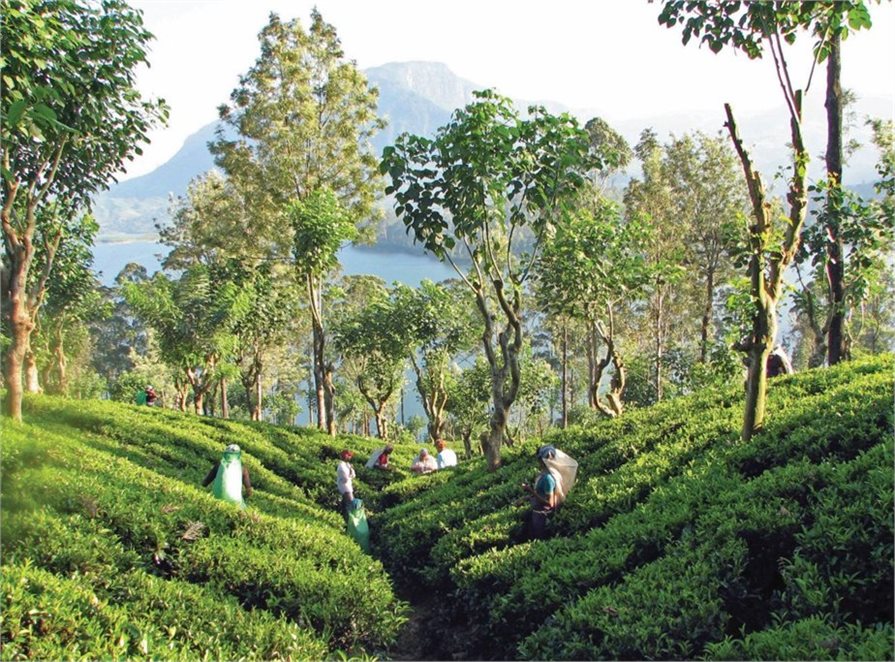 Then it was on to Galle, a former Dutch colonial town on the south coast, whose 17th-century fort is a UNESCO-protected World Heritage Site. We stayed at the elegant Lighthouse Hotel designed by the renowned Sri Lankan architect, Geoffrey Bawa, which is situated on a rocky headland overlooking the Indian Ocean. Back up the west coast at Colombo, the island’s commercial capital is a veritable pot-pourri of sounds and smells and a kaleidoscope of colour. Arab, Portuguese, Dutch and British influences have left a wonderful assortment of churches and monuments, costumes and cuisines and smatterings of their languages that have become absorbed into Sri Lankan speech. Less well-known is that Colombo has a superb range of high-quality restaurants serving food from all over the world, and extremely good shopping. Pettah, a local bazaar and trading area adjoining the seaport, is worth a visit, as are other places of interest including beautiful temples and mosques, the historic Wolfendhal Dutch Reformed Church (1749), the Colombo Museum, the Folk Art Centre, and the Ceramic Corporation (famous for its wellknown brand, Noritake). In the evening, take a leisurely walk to the Galle Face Green, a long stretch of lawn by the sea that was originally cleared by the Dutch to give the cannons of Fort Galle a clear line of fire. Today it is a popular rendezvous spot and on Friday to Sunday evenings, food vendors gather. It’s a lovely place to mingle amongst the locals and watch the sun disappear into the Indian Ocean.

The official languages of Sri Lanka are Sinhala and Tamil. English is widely spoken in hotels, tourism areas and in major cities and towns.

The currency of Sri Lanka is the Sri Lankan rupee. Most hotels, restaurants and shopping centres accept credit cards and ATMs are available across the island. It is recommended that you carry plenty of lower-denomination rupee notes when travelling for buying small items and eating cheap meals.

Sri Lanka has a tropical climate with two monsoon seasons: May to September, and December to February. The interior of the island is mountainous and cooler.

Have you ever been to Sri Lanka? Feel free to share your highlights in the comment section below.