A five-day G-Adventures guided trek through the Peruvian Andes is hardly a usual family holiday, says Gerald Patterson, Owner of helloworld Travel Howick, but as a shared achievement and source of lasting memories, it is hard to surpass.

It all started in August 2014 with a scrap of paper listing several destinations around the world that our daughter, Rebekah, and sonin- law, Janko Marcetic, wanted to visit on their OE trip to London. One of the places listed was Cusco in Peru, and trekking the Inca Trail. That really interested me and I convinced my wife, Tricia, that it would be a good challenge! Next thing, our son Matthew, who is based in London, decided to join us. From that point on the commitment was made and the bookings were confirmed. Then came the preparation.

We chose a G-Adventures organised trek, based on the company’s reputation for reliability and organisation. This Canadian based adventure travel company specialises in socially and environmentally-sensitive travel and places emphasis on offering authentic experiences to travellers. Next came a look at what the trek involved. The length of the trail is approximately 45 kilometres and takes five days. It is not necessary to be super-fit for it, but some fitness is recommended. Another issue is that trekking at altitude requires a patient, disciplined and cautious approach. 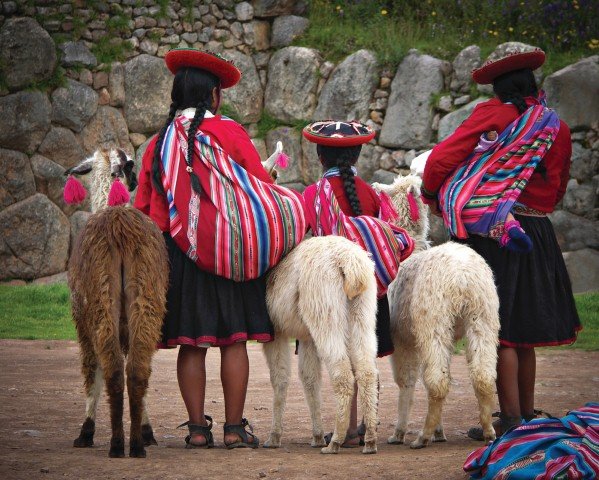 And so the time came. After three days in Cusco to acclimatise at 3,400 metres, our trek started with our group of eleven travelling to the Sacred Valley to visit the Pisac ruins where many of the agricultural terraces developed by the Incas are still in use today. We also toured the indigenous village site of Huchuy Qosco (Little Cusco) and the day concluded in the town of Ollantaytambo with a guided tour of Inca ruins. This area was an important stronghold during the warfare between the Spanish and Incas.

Day two was the start of the trek proper but even that was gentle and served as good training for the next few days. After a short van ride to a point known as Kilometre 82, we started hiking and passed several smaller ruin sites like Llactapata, an Inca outpost and important resting point for the Incas. When we reached camp, we even enjoyed a beer!

We were aware though that the real challenge was to come. The Inca Trail is constructed with stone quarried from the area and the ascending paths are built with steps that make the journey a challenge. On day three, starting at 3,000 metres, we climbed the long steep path to Dead Woman’s Pass, the highest point of the trek, at 4,200 metres. The going was slow and plenty of water was consumed but there was ample time to enjoy the views. After reaching the peak the trail took us to our camp at 3,590 metres but the downhill trek was almost as much of an effort as the climb. The trail was steep and light drizzle made the stone steps treacherous. Day four was one of full-on trekking, starting with an upward trek to 3,950m amid the snow-capped ranges, down again, and then a climb to more ruins at 3,650 metres from where there were spectacular views of the Urubamba Valley. Another downhill trek to a camp at 2,650m ended the day. The final day of the hike started at 3am. Since the checkpoint that controls entry to Machu Picchu opens at 5.30am and only 200 trekkers are permitted on the Inca Trail each day, we wanted to be early. The objective is to reach the Sun Gate before sunrise, because why would you go to the effort to walk for four days and miss the main event at dawn? When we entered through the Sun Gate it was an emotional moment and the efforts to get to this point were forgotten. Although it was misty, we could feel the magic of the place and what we had achieved. Soon after, we had our first view of the breathtaking ruins of Machu Picchu. It is easy to see why it is now both a UNESCO World Heritage Site and ranked as one of the new Seven Wonders of the World. 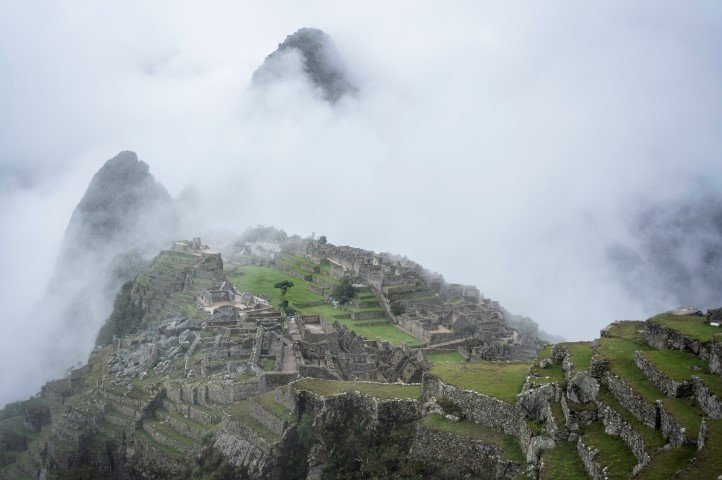 You do not trek the Inca Trail just to visit Machu Picchu; that is just the goal and it certainly gives you a sense of achievement. The Inca Trail also gives you the time and opportunity to experience a stunning combination of ruins and mountains and forests culminating in a view of Machu Picchu from its ancient approach.

The support we received from G-Adventures was amazing. Our group had three guides, including one who led our group and another who followed the last person. The three also kept us fully informed along the way with stories about the local culture and the history of the areas we passed through. We also had the support of eighteen porters who carried tents, food, cooking equipment and up to 6kg of our personal gear – approximately 25kg each. While we were trekking slowly and with great effort, carrying only day packs, they were virtually jogging along the same trail! They also set up camp, prepared and cooked meals, cleaned up and had to break camp after we resumed our trek. It was a see-saw; we would leave camp, they would jog past us (with their loads) to set up camp and prepare lunch. We would arrive, rest, and eat lunch. The afternoon would see the same process so that when we reached the next camp it was fully functional. Trekking the Inca Trail was not a typical family holiday as some would imagine it, but in terms of spending time together and sharing a common achievement and creating lasting memories, it was hard to surpass.

Have you trekked the Inca Trail before? Tell us about your experiences in the comments below.